Mt.Everest expedition is the dreamland project of every mountaineer. This is the absolute place where ones ultimate wishes come to an end. Everest is the benchmark of mountaineering and every aspect of achievement is counted from Everest. Everest being the world’s highest peak (8848 m.) has definitely welcomed thousands of tourists around the globe. Some journey remains only to base camp while few brave hearts of the world target to be on the world’s highest land.

Imagine for a moment, being in the world’s highest land, witnessing the sheer scenario, watching your feet tremble while you are enjoying a 360 view of the world above other snowy white peaks. These distant clouds and the gaze of sunlight to your eye best speak the wonderful moment of your life. This is the absolute touch of heaven. Words don’t speak much in that way to the experience ones collect.

Mt.Everest can be ascent from northern and southern side. However after the cultural movement in 1950 in china Tibet door are closed for visitor thus Nepal is the only golden gate for the ascent to the world’s highest peak Mt. Everest. Everest expedition mainly starts from Khumbu valley. After ones arrival at Lukla airport, visitors pass via Namche bazaar to the Everest base camp. This is however not preferred by our VIP guests in which Helicopter ride to base camp is available. The journey on foot best acclimatizes the mountaineer for the further ascent to Everest.

The history of Mt.Everest expedition dates from 29th may of 1953 when Sir Edmund Hilary and Tenzing Norgay Sherpa expedite to the top of the Everest. From the very day, the possibility of climb to the world’s highest peak became famous all around the globe and various expedition programs have been launched from that very day. Annually Nepal receives a large number of tourist visiting Khumbu region and finally to the Everest base camp. Only a few brave heart dreams on climbing this mighty peak. Every year this mountain receives 1000 attempts while only a few are succeeded.

Everest is a lifetime dream of many people but the dream never really comes easy on hand. This expedition is arduous painful and requires regular stable effort. The journey is difficult as it really is a risk taking job. The logistics, communication, experience, staff plays an important role where ones determination, patience and perseverance is a necessary trait to be developed. Talking about the unique charm, one is willingly take risk so as to achieve something where no regular individual can achieve.

Route and duration of expedition

Mt.Everest expedition generally starts from the base camp of Everest (5380 m ). The expediters fly in to this region via Lukla. And then trek to the base camp via Namche bazaar. The acclimatization is a must as there occur altitude sickness for any new face so it generally takes 8 to 10 days to reach Everest base camp. The goods and materials are carried by yaks, dzo, or human porter needed.

After the arrival to the base camp, expediters acclimatize in this environment for 2 to 3 weeks. They well train their body at this altitude. On the very time, Sherpa or the guide set up ropes and ladder and necessary equipment in place to cross the Khumbu Icefall. Khumbu icefall is regarded as most dangerous and treacherous path so crossing this risky zone as soon as possible is main priority of every traveler or expediter. The entire ice fall can fall unto you or you can fall into the crevasses so, it crossing the Khumbu glacier is done at the early morning between 4 to 5 not later than 6 as temperature rises ice defrost and avalanches are most likely to occur.From there we head for camp 1 located at 6065 meter. Climbers now acclimatize at this location for 2 to 3 days. This is tentatively less chosen location for acclimatization

Expediters head towards the camp 2(6400m) from camp 1 by passing through western CWM. This route is risky as it contains huge deep crevasses. After passing this region, camp 2 is relatively safer and people spend a huge days for acclimatization to this altitude. From here beautiful face of Lhotse is seen.

From camp 2 to camp 3 (7100m), the journey is absolutely tough as you go through harsh climate and intense oxygen deprivation state. You will walk via Lhotse face in the hard ice surface with rope or string attached. This steep climb needs more acclimatization time and expediters spends much time at the camp 3 to acclimatize and to advance for further journey

Camp 4 also known as South Col (8000m) which is reached by passing via yellow band. This region has the well flat surface with loose rock and surrounded by Everest toward north and Lhotse towards south. This is the flat ridge between two mountain peaks. The climbers cluster their camp from one another so as to make its safe and less casualties from wind and hurricane. This is the highest position to which Sherpa carry the oxygen tanks.
Now the climbers have to pass through balcony, south summit, Hillary step and finally reach to the central summit. This prime destination of summit is passed via Hillary step in which 40 feet section of rock climbing is a must via rope so as to reach the final summit of the world.

The weather in Nepal can sometime be notorious so one must have to great deal in handling the time of expedition.
Spring is the most preferred time for the expedition. Spring include the month from early February to the late May. The climate is sunny, less cloud with the best temperature required for the expedition. In this season it has best visibility and large influx of visitor attempt for expedition. Due to this reason, the cost effective travel is possible at this season.

Autumn is also regarded as the another best season for the ascent after the heavy monsoon and ahead of the harsh winter , autumn in Nepal include from the month of September to the early December. This season however can be sometime difficult as it involve new snow which can be deadly.

Weather estimation is a must as there include heavy snowfall and heavy wind during the travel. A well coordination between the weather report and time of ascent is a must. During the window period harsh wind can flow over the Everest where one must have to deal with heavy care. Thu, without proper sense of ascent one will heavily risk their life. Thus trusting a well established company is a must.

This peak climbing needs strenuous level of physical fitness. This is a grade 5 level of peak climbing thus one must be supposed to be physically fit free from any disability. The climber is supposed to have a well knowledge to use the tools and equipment. The climbers must be in healthiest shape and must endure the harsh wilderness and nature so as to successfully complete this very peak climbing.

Food and accommodation is all provided through the package. The stay in the Kathmandu will be of two days where you will stay at hotel based on your level of preference. From then after reaching the Khumbu region, you will stay at the tea houses and lodges till to base camp. From there you will stay on the tent and camp so we will prepare our own food by guide or Sherpa till the final level of ascend and descend till to the base camp. The days on the camp will normally be 40-45 days decided on the basis of your level of fitness and health.

Graceful adventure is a fully licensed and registered travel company of Nepal in recognition by Government of Nepal. We have an elite group of dedicated personnel of administration staffs, trekking and expedition guides, porters, cook and special counselors in our company. We organize the trek and expedition packages to our valued guest all around the globe. Our main intention is providing safe and effective trail to witness Himalayan vista through absolute delicacy.

Our commitment for client

Our commitment and our work success has made the guest fall into the love of our charm. Our ultimate motto of travelling the best and safe trail has became famous and selected guest with the best knowledge are involved with us. We are committed in providing best facilities available so as to make your trip go successful. We offer various packages with best reasonable prices and help tailor made some customization packages according to the clients need, expectation and duration of travel. . Hope you will give us opportunity to satisfy you with our best possible services and facilities available. 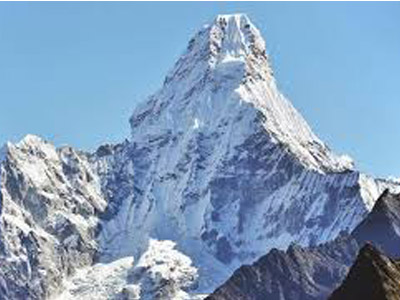 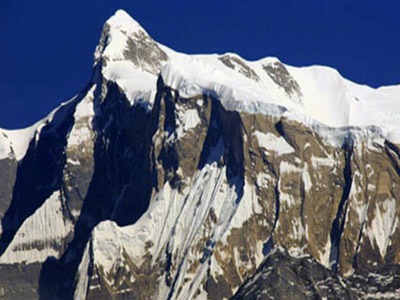 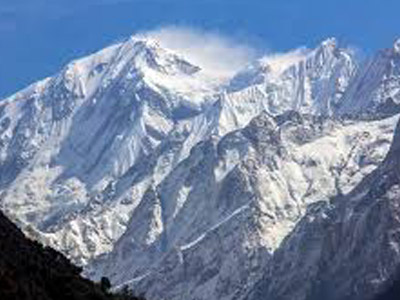 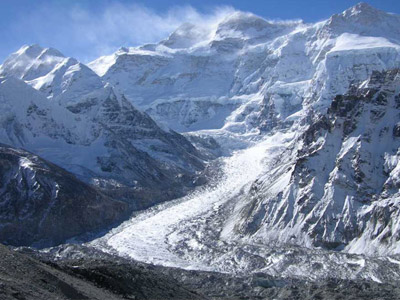