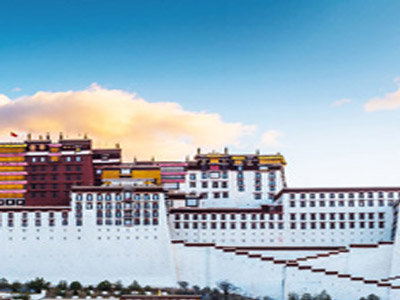 Fly in Fly Out Tibet Tour 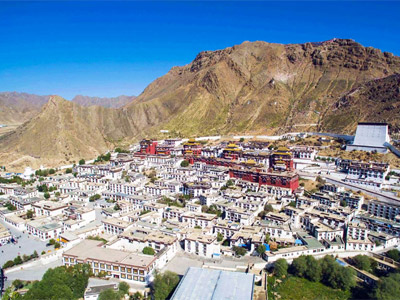 Tibet tour is famous package for world traveler where you can see view of Himalaya, cultural, Religious  and historical sites. Tibet is an autonomous region of china with a vast region of cultural and natural region of self attainment. Tibet is famous for its unique position in globe. Tibet commonly known by Roof of the World for its long ranging mountain peaks of Himalayas is a common shared destination for tourism. With a constant desire in sector of religious cultural and natural prospect, Tibet has quintessentially been famous for the most desired tourist destination around the globe.

Graceful adventure organizes the Tibet tour as per your need and the services you seek. We provide provide private and group joining tour from Nepal. We provide the package deals like fly in fly out,drive in fly out and drive in drive out. Believing one of the successful tour organizers from Nepal, we believe on customer satisfaction as your prime need and we will give a great deal of knowledge and consult to provide you a once in a lifetime experience.

Why Tibet is popular tourist destination?

Place to see in Tibet Tour

One if the most exciting places of Tibet to visit includes one of the location with massive gates and turrets built in ancient stones and all those adjuvant buildings of Potala Palace at the mid of the Lasha Valley at an altitude of 3650 metres.It has been known as winter palace for Dalai Lqma since the 7th century representing the Tibetian Buddhism.

Constructed by Tibetia King Songtsan Gambo,Jokhang Temple comprises of a life sized statue of Shakyamuni known to be the treasure of Jokhang Temple.Beside this, several buildings of Chinese, Nepalese and Tibetian architecture.Most eye-catching view when you arrive Jokhang Temple is taken by the Golden Roof.

Known to be the Summer Palace of Dalai Lama, it represents the historic architecture of Tibetian culture. Palaces known to be Potrangs in Tibet, Kelsang,Tsokyil and Taktrn Migyur built by Dalai Lama consists of historical relics and arts.Wall paintings, deluxe Thangkas, Buddha statues were handed over by Chunese authority since ancient time.

Known to be “Heavenly Lake” is the largest salt water lake in Tibet. Namtso Lake is located near Damxung. 4718 meters (15475 feet) above sea level and covering 1900 square kilometers (735 square miles) .This Lake has been one of the most trekked site in all these years. In clear weather, the water is a stunning shade of turquoise and you will be surrounded by magnificent views of the nearby mountains.

Located in the heart of Tibet lies the Tashi Luhunpo Monastery which is one of the first manor monasteries of Gelugpa Monastery while other including Drrpung Monastery,Sera Monastery and Gaden Monastery.Beside the gigantic statues in monastery; exquisite paintings of eye catching colors and shapes,they are one representing the Ming and Qing Dynasties servce as an invaluabe assets.

Located at an altitude of 4441m in the northern foot of Himalayas,Yamdrok is one of the Greatest of The Three Holy Lakes in Tibet,including Namtso and Manasarovar Lake. Namtso Lake or Yamdrok Lake, which one to choose baffles most travelers.

Being the longest,deepest and highest Grand Canyon of the planet,Yarlung Tsangpo Grand Canyon lies thousands of metres from the terrian.Famous for its depth and width, it is another place not to miss when you are in Tibet and known to formed by Himalayas moving water.

Believed as a holy place by Hindus and Buddhists. Mt Kailsh is visited by thousands of pilgrimage and tourists as it represents the centre of the world and known to be the sacred mountain;vircling around it once could erase your sins for your life.Thus many go to Mt.Kailsh at least once in a lifetime.

Qomolangma Biosphere Reserve corresponds to the Qomolangma National Nature Reserve. It consists of the northern part of the massive of Mount Everest in the southwest corner of the Tibet Autonomous Region in the border region between the Tibetan, China and Nepal biogeographical realms. It extends from the border with Nepal in the south, to the watershed between the Yaluzangbu River and the southern regions of Tibet in the north. Qomolangma Biosphere Reserve is highest altitude biosphere reserve in the world.

OUR SPECIAL PACKAGES FOR TIBET  TOUR.

WE ALSO PROVIDE CUSTOMIZABLE TOUR PACKAGES BASED ON YOUR DEAMND ON THE TIBET.